If we've previewed the property you will see our video below. If we haven't uploaded a video walk-through, we'd be happy to do that for you. If the property has previously been listed for sale you will also find links below to the old listing. If you'd like to hear our opinion of the property drop us an email or give us a call. Honest and frank opinions without the fluff.

Email Tristan about this property .


325 Squaw Valley Road sits in the heart of Squaw Valley. There is quite a bit of history associated with this property.  The Washoe Indians at one point spent their summer months here and near Squaw Creek arrowheads have been found and there is an old grinding stone as well.  The Poulsen Family have taken care of this since the early 40's. There are mountain views in every direction and the ranch has a mixture of ponds, flowing water, wildlife and lush meadows with lots of grass, wild flowers,  Pine trees and Aspen trees.  The home has a European feel with stone fireplaces, large windows, large Redwood beams and wrought iron accents.  The 29.6 acres consists of two parcels with mixed zoning. 14.74 acres are zoned High Density Residential (HDR),  13.66 acres are zoned Conservation Preserve and 1.2 acres are Forest Recreation zoning. There is also a caretakers quarters and a four car garage.

Wayne Poulsen is a skiing pioneer and visionary and is known as the founder of Squaw Valley. As a young Boy Scout he made his own pair of skis.  In his teens he continued to learn about the Sierras as a snow surveyor.  His passion influenced the history of skiing at Squaw Valley and in the Sierras.  He visited Squaw Valley on a fishing trip in the early 30's and it was at this time he conceived the idea of a world class ski area overlooking the Squaw Valley.  He worked in Sun Valley, ID as a ski instructor where he met his wife Sandy Kunau. They married in 1942. They purchased 640 acres in 1943 from Southern Pacific Railroad and camped along Squaw Creek living off the land.  One day they took a hike up the mountain, Wayne skied down then he watched Sandy making kick turns in the trees when he counted 22 kick turns which is how KT-22 got it's name.  In 1948, he, Alex Cushing and Laurance Rockefeller teamed up to create Squaw Valley.  This partnership did not last long when Wayne was fed up with Cushing's development style just before opening day in 1949.  The Winter Olympics in 1960 put Squaw on the map.  Wayne and Sandy formed Squaw Valley Land and Livestock Co. after purchasing 2000 acres.  They raised eight boys and girls.  Three were on the U.S. Ski Team and two make it to the 1972 Olympics.  In 1974 Wayne was inducted into the Athletic Hall of Fame for skiing, in 1980 he was elected to the US National Ski Hall of Fame, in 2004 they were awarded a Lifetime Achievement Award from the Squaw Valley Institute and in 2005 Poulsen Peak was named after him.

Click here for all Squaw Valley homes and condos.

Please let us know if you would like to make an appointment to walk this iconic property.


The property at 325 Squaw Valley Road, Olympic Valley, CA 96146 is located within in the city of Olympic Valley and the SQUAW VALLEY EAST-6SV subdivision. The property was built in 1979 and offers 6 bedrooms 5.5 bathrooms and 5435 square feet.

Request more information about this property

The data relating to real estate for sale on this web site comes in part from the Broker Reciprocity Program of the Tahoe Sierra Multiple Listing Service. Real estate listings held by brokerage firms other than Coldwell Banker Residential Brokerage are marked with the Broker Reciprocity logo and detailed information about them includes the name of the listing brokers. This listing courtesy of: Sierra Sotheby's Int. Realty. The information being provided is for consumers' personal, non-commercial use and may not be used for any other purpose other than to identify prospective properties consumers may be interested in purchasing. Information deemed reliable but not guaranteed 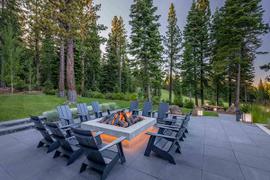 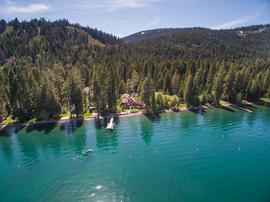 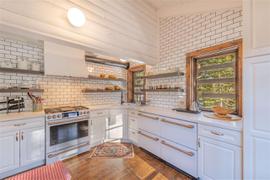 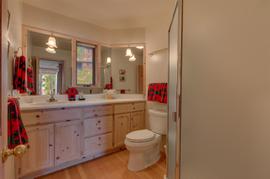 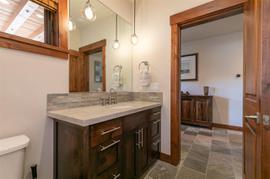